Hitachi Power Tools' Nordic central warehouse at Oslo has improved its efficiency by more than 20 percent after the introduction of Apport WMS, and there is the potential for even more, says Logistics Director Sondre Ressem. The transition from papers and manual picking to a modern, voice-controlled WMS has been done quite smoothly.

“We are well prepared for further growth, partly because we have a future-proof warehouse system. It is a great advantage when we evolve and grow so quickly.”

Growth created the need for innovation

Hitachi Power Tools Norway is one of Scandinavia’s largest suppliers of power tools, hand tools and consolidation to the professional market.

With around 20,000 item numbers on the shelves of the central warehouse outside Oslo, strict logistics management is required and after several years of rapid growth, the company in 2011 reached a point where the warehouse could not be optimized more within the existing framework. New ideas had to be brought to the table, says Logistics Director Sondre Ressem.

“We strive to work cost efficiently in all contexts, and therefore there was now a need to change our inventory management.

We had a lot of manual routines and picked our goods with a paper system and we therefore wanted to receive greater system support. We were considering expanding our ERP, but it would be too extensive and not give us the features we wanted. That’s why we set out to screen the WMS market,” he explains. 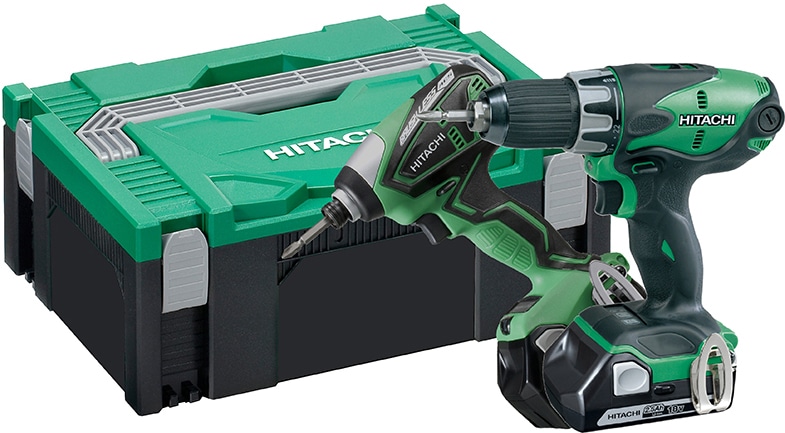 Convinced by other customers

WMS at a fixed price

Apport works with a fixed price concept that ensures that the budget always stays on track.

Read more about WMS at a fixed price

The search of the market brought Apport WMS into the spotlight. After visiting some of Apport’s existing customers, Hitachi Power Tools were convinced that Apport WMS was the right solution to bet on.

“We visited some companies – Bendt Brandt and Matas – whom we could identify with and we received some good and honest answers to our questions. We felt that we highlighted both pluses and minuses, so we got a credible picture that we could make our warehouse more efficient, “says Sondre Ressem, who also highlights Apport’s fixed price concept as an important factor in the process of choosing a WMS.

Frictionless and exceeding all expectations

A thorough preparation before the transition to Apport WMS turned out to bear fruit, because the transition to the new system went just as everyone had hoped, says Christian Gudmundsen, who is Operations Manager at Hitachi Power Tools Norway.

“It went very smoothly and actually beyond expectations. We had a good training period before, which led to us actually picking up efficiently the new system already from day one, “he says.

We actually picked efficiently in the new system already from day one.”

Efficiency improvement by 20 percent - and more to come

6 months after the implementation, Hitachi Power Tools can now make preliminary status and it is positive.

"We can see that we have streamlined our inventory by about 20 percent. We handle larger volumes with the same number of employees in the warehouse, and we do not have as much overtime as before, "says Logistics Director Sondre Ressem.
Both he and Christian Gudmundsen are, however, certain that there are further efficiency improvements in the new system.

“We want to be even more effective, and as we get more experience with the system, we can see where there is something to improve- it’s among other things the connection between different handlings that can still be better. Apport Systems has been very active in helping us modify and adapt the system to make it as effective as possible to our needs, “says Christian Gudmundsen.

He and Sondre Ressem expect a further efficiency increase of 5-10 percent over the next six months, so that the final profit will end up with an efficiency of about 30 percent.

It has also been possible to reduce the number of errors, even though the starting point was a fairly low error rate. Hitachi Power Tools’ customers have been used to a supplier that delivers at both high speed and with very few errors, so it has been important for the company to maintain that reputation.

“It costs our customers a lot if we make mistakes – time is a very important parameter. In addition to having very quality conscious customers, we have a Japanese parent company that requires a very high quality of us, and we have always been able to deliver. But usually it has been with higher costs than it is now, “says Sondre Ressem.

The switch to Apport WMS has provided more benefits than just the immediate efficiency.

“We’ve got much better reporting options, which give us a better overview. For example, we now know early in the day if we need to put in overtime, “says Sondre Ressem.

In addition, the easy handling of Apport WMS has made it easier to educate new employees.

We have received much better reporting options, which give us a good overview.”

“We have noticed a big difference compared to the time when we used to pick manually using paper and pen. Where it took two to three weeks to train people, they are now fully educated after one to two days. This is a huge advantage when we bring in new employees, and especially when we need temporary staff, “says Christian Gudmundsen.

The central warehouse of Hitachi Power Tools today covers more than 5.300 square meters, but the company is continuing to grow, and the construction of an additional 1,000 square meter warehouse will soon begin.

“We look forward to the future and feel well prepared for further growth, among other things because we have a future-proof warehouse system. It’s a big advantage when we evolve and grow so fast, “says Sondre Ressem.